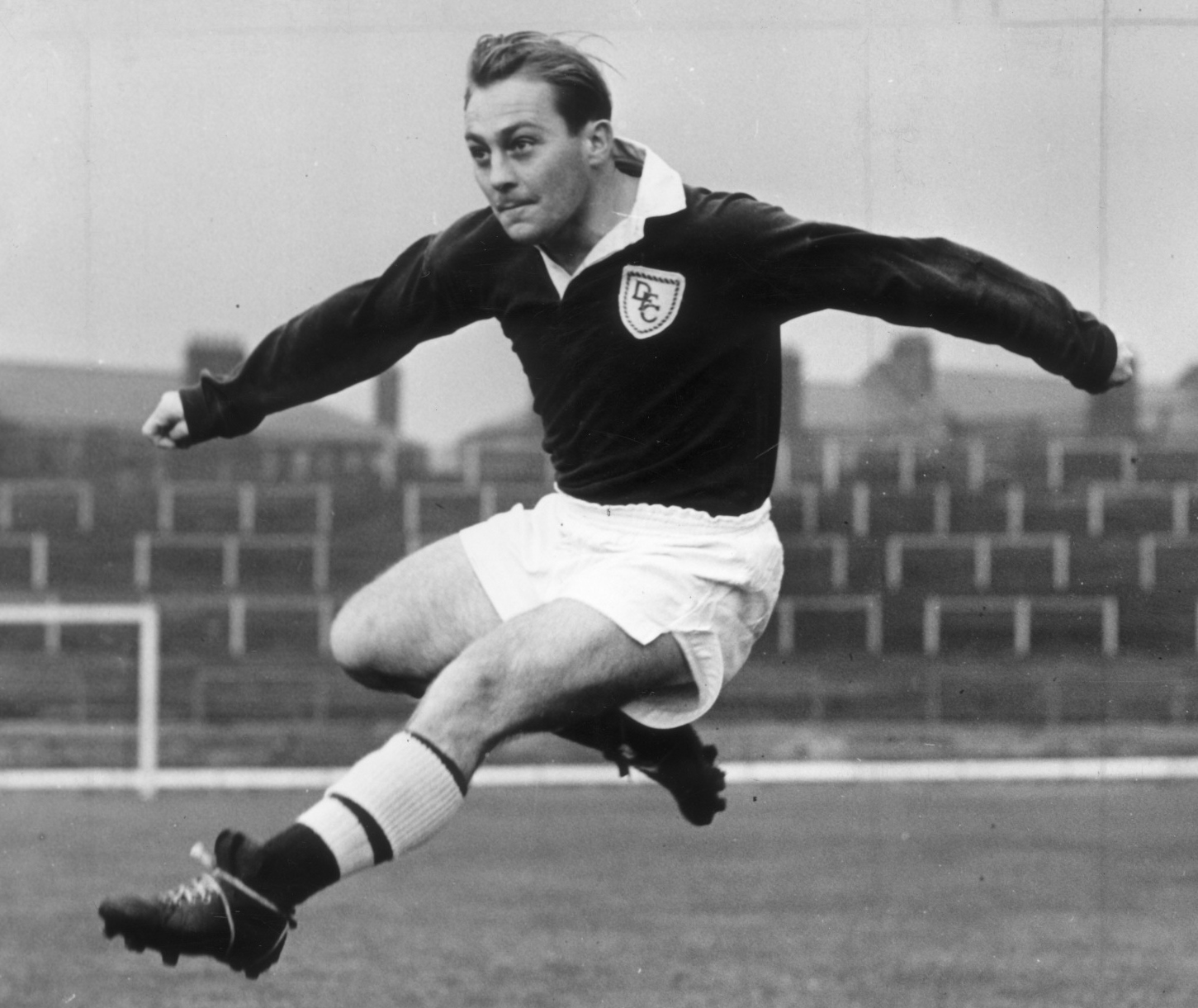 Billy Steel was one of Dundee and football’s greatest players and characters. He was a hero to many of the fans. Born in Dunipace near Stirling in 1923 his footballing career began with Bo’ness Cadora. He was then signed by Leicester City and moved south – however, his spell at Leicester was short lived.

He returned to Scotland not long after, and signed as an amateur for St Mirren. It was then onto Morton where he was signed as a full professional. Although the war interrupted his career with Morton, Billy’s exceptional form earned him his Scotland debut in 1947 at Wembley against England where he gave a great performance which increased interest in his talent and resulted in him being signed that year by Derby County for a record fee of £15,500. Billy was at his peak and as Britain’s costliest player he was able to command what he wanted. Billy insisted on living in Scotland and travelling down to Derby for games however this arrangement proved difficult for both player and club.

On 21 September 1950, Dundee FC announced the signing of Billy Steel for a British record transfer fee of £23,500 (a record that was to stand for over 10 years). His first game was against Aberdeen when Dundee won 2-0. Thirteen months later Dundee were to win their first League Cup in 41 years which they retained at the end of the following season (the first ever club at that time to achieve this). Billy spent 4 seasons with Dundee scoring 46 goals in 131 League and Cup games.

In his time at Dens, Billy became the favourite pin-up of the fans. Although at times he could be a difficult character he was one of football’s all time greats. He earned 30 caps for Scotland and suffered the ignominy of becoming the first Scotland internationalist to get sent off.

Billy made the decision to quit football at the age of 31 and moved to the USA to start a new life. It was there he died in 1982 at the age of 59.

MAN OF THE MATCH